Pandemic?
​
The game must go on!

Sabakiball International is thrilled to welcome the
​Pakistan Sabakiball Federation

NON-STOP PLAY.  By rule, the play is continuous. The only time the whistle blows is on warnings (penalties) and when the ball goes out of bounds, but in either case the team taking possession has just three seconds to introduce a new ball into play. It is non-stop action until the end of a period.

INCLUSIVE.  All of the players on the court are used all of the time on both offense and defense…even the goalies. The rules of play make it clear that a team’s success depends on using all of a team’s players, even the “weak links.” When on offense, the goalie advances to mid-court to play the “point” much like a defenseman in hockey, making them a part of the passing scheme and also allowing the ability to take shots on goal. In fact, unlike all other sports that utilize a goalie, in Sabakiball the goalie is the most utilized player on the court.

NON-CONTACT.  While Sabakiball is non-stop action and excitement, it is also completely non-contact making it a desirable alternative to collision sports. This allows for multiple age groups to play together as well as both boys and girls to play on the same teams.

SIMPLE RULES.  Because there is no “off-side” rule in Sabakiball any player can go anywhere on the court making Sabakiball simple to learn. In fact, most players find success in playing Sabakiball after learning just four basic rules:
1) The ball must be released within three seconds.
2) Three consecutive passes must be completed before attempting to score.
3) The shot must be taken before stepping into the No-Shot zone.
4) Only the goalie is allowed in the Goalie Box.
Click here for Basic Introduction to sabakiball 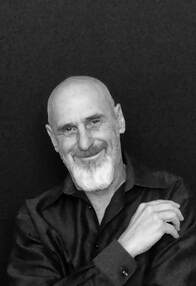 Founder Michael Cerpok
Sabakiball was invented by Michael Cerpok in late 2008 and was patented in 2011. After being diagnosed with Leukemia in 2006, Mr. Cerpok had decided to retire from a 25 year career in martial arts. Just prior to closing his studio, he offered a sports oriented camp for some of his younger students. During a week long event featuring different traditional sports, Mr. Cerpok noticed that many of the participants quickly became bored. He recognized that this was due, in part, to the fact that most sports include a great deal of “down” time and also that the play could be controlled by one or two dominant players. This led to frustration and even anger amongst players who felt that they had little to contribute. Having worked for many years with children diagnosed with ADHD, and having created many successful public school programs over the previous 20 years, Mr. Cerpok embarked upon a mission to create a completely new sport that not only incorporated non-stop play, but also by rule guaranteed that all of the players were engaged all of the time. ​Thus Sabakiball was born; a sport that combines speed, timing, balance, and endurance with constant mental awareness and an emphasis on gender equality and building self esteem.